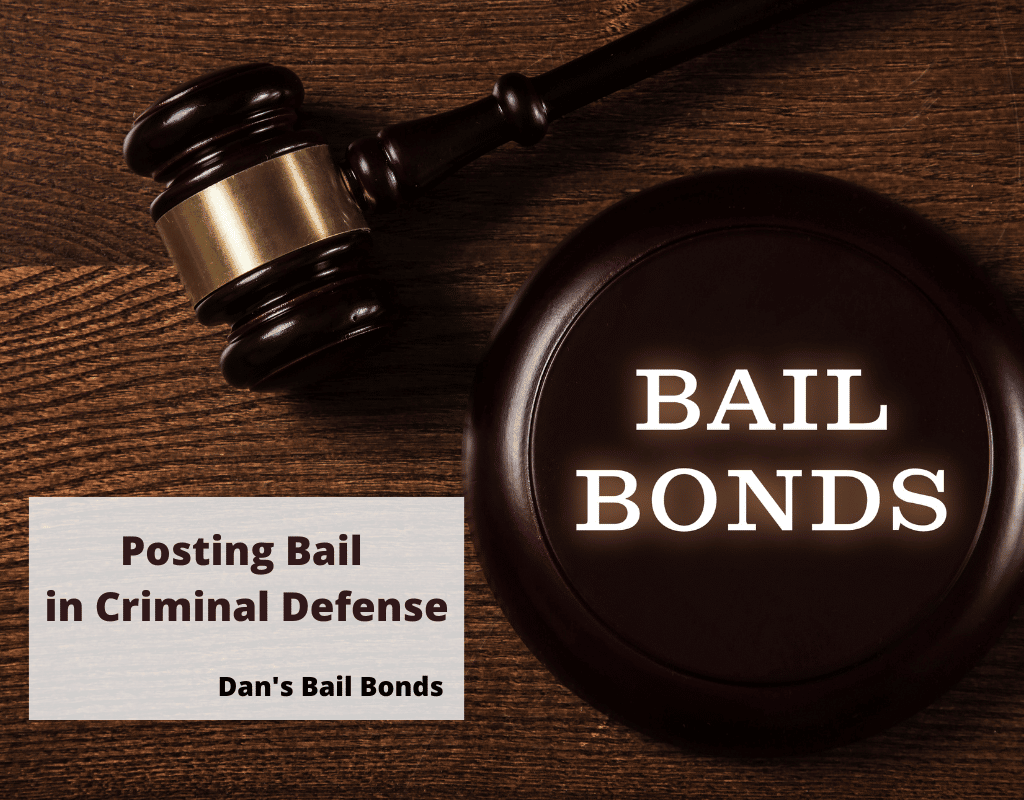 You’ve just received the phone call no one ever wants to get. Your loved one has been arrested. Your head is filled with questions. “How did this happen?” “What have they done?” And most importantly, “How can I help them?” You know very little about the justice system, and you have no idea how to post bail in criminal defense. Thankfully, this guide will help you navigate this ordeal quickly and calmly.

What Types of Crimes Exist, Bail in Criminal Defense?

There are three different categories of crimes within our criminal system. An individual may be charged with:

A misdemeanor is a criminal offense with less than one year of jail time served in a local county jail as opposed to a high-security prison. There are three classes of misdemeanors:

A felony is the most serious category of crime in the United States. While the definition differs between the federal and the state governments, the penalty for this type of crime is significantly more serious. Jail time is more than one year and is served in a state or federal prison. Bail in Criminal Defense.

There are 5 classes of felonies:

What Constitutes a Felony?

If your loved one has been arrested for a felony, you may be wondering what types of crimes are classified in this manner. Felonies are generally more serious and have a larger impact on the public than a misdemeanor. They can be either violent or nonviolent. Let’s take a look at a few examples.

What is Bail, Bail in Criminal Defense?

When your loved one is arrested, they will have a bail hearing. During this hearing, they will go before a judge who will make sure they understand the charges against them. The judge will then make a decision as to whether the person is a flight risk or poses a danger to the community. An individual who is a flight risk may try to flee the county, state, or country before their first court date. If they fall into either of these categories, the judge may insist that the defendant stays in jail while they await their trial, or they may set a high bail and allow the defendant to stay at home and return for their next court date.

Bail is the amount of money that must be paid to the court in order to release the individual from custody.

How Does the Charge Impact Bail?

Remember, the judge’s responsibility is to ensure that the defendant returns for their court date. In order to do this, he or she will set an appropriate amount for bail in criminal defense. Traditionally, when the individual is accused of a more serious crime, bail will be set higher.

Do I Need to Act Quickly?

While you may be tempted to let your loved one sit in jail for a few days to “teach them a lesson,” this could actually make things worse. When someone is arrested, they will be charged with a specific crime at the time of the arrest. However, as time progresses, the facts of the case may change and the individual may be charged with more or different crimes.

Let’s look at a specific example of where this could be a problem.

Imagine that your loved one was arrested for a DUI during which, they struck a pedestrian. The pedestrian was transported to the hospital in stable condition. Unfortunately, three days later, the pedestrian experiences complications from the accident and passes away. Your loved one is no longer accused of a simple DUI, but a DUI with vehicular manslaughter.

Since the amount of bail set is dependent on the severity of the crime, not posting bail immediately, could lead to higher amounts (if bail is set at all).

What If We Can’t Afford Bail?

Posting bail in criminal defense can be expensive and is often more than the average family can afford. If you are unable to put up the money necessary to have your loved one released from prison, you’ll want to reach out to a bail bondsman. A bail bondsman will post the bail on your behalf. Generally, you will pay 10% of the bail amount to secure a bail bond. Depending on the amount of the bail, you may be asked to provide collateral in the form of property to minimize the bail bondsman’s financial risk.

Is There a Bail Bondsman Near Me, Bail in Criminal Defense?

There are many bail bond companies throughout the U.S. that can help get your loved one out of jail. Many are open 24 hours and mobile so they will come to you.

If you are looking for bail in criminal defense in Los Angeles California, Rancho Cucamonga, or Van Nuys, contact Dan’s Bail Bonds.

If you’re loved one is arrested and you can’t make bail, call a local bail bondsman and get them released from jail.