Do You Get Your Bail Money Back? 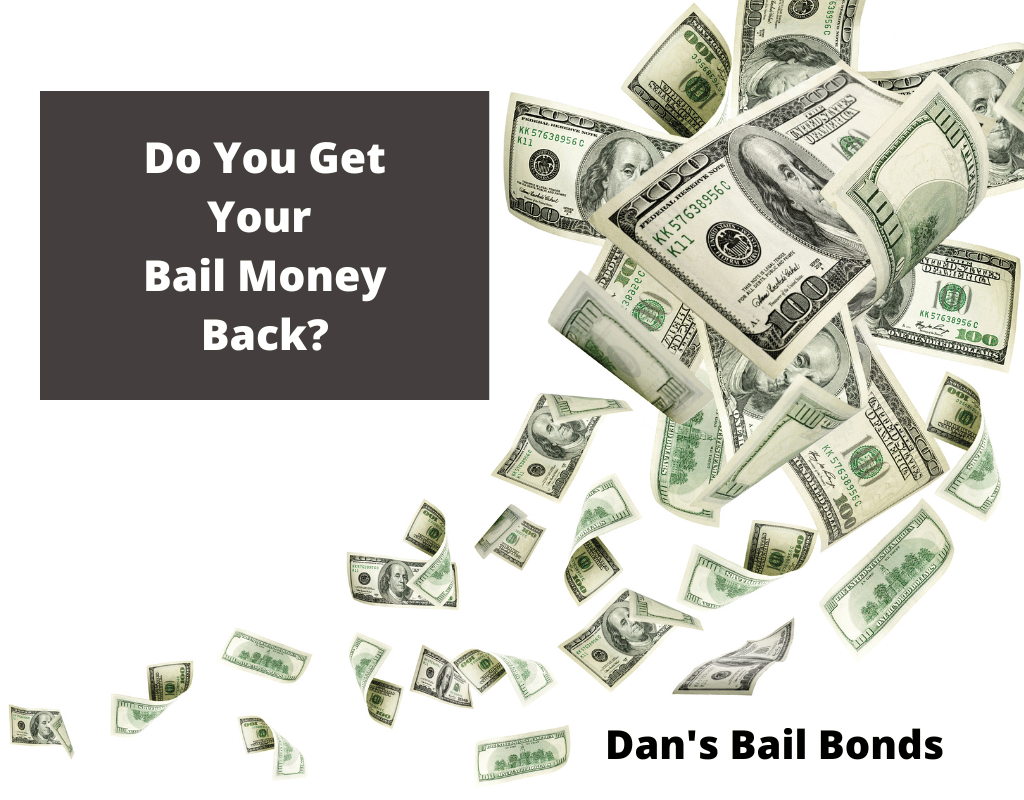 When someone gets arrested, they want to get out of jail as quickly as possible. Why? Because jail is a scary place! There’s no privacy, you have to use the bathroom in front of other people, and it’s terribly uncomfortable.

As the goal is to get out of jail fast and get home to your family and your regularly scheduled life, you’ll need to post bail. Whether or not you get your bail money back depends on the type of bail you post. So let’s take a look at the different ways you can pay to get out of jail.

Do you remember playing Monopoly as a child? One of the most exciting cards was the Get Out of Jail Free card. Well, as an adult, those cards don’t actually exist. When you get arrested, you don’t have a card to get you out, and you don’t get to roll the dice and hope for doubles. Bail is a financial commitment that guarantees (hopefully), that you will return to court and adhere to a number of requirements.

How Bail is Set

If you have committed a crime (or been accused of committing one), you will be arrested and brought before a judge for a bail hearing. During the bail hearing, the judge:

How Can You Afford Bail

The judge bases the bail amount on the crime you have committed as well as the following:

The judge decides on a dollar amount with all these factors in play. This can range anywhere from a few hundred to a few million dollars. Most bail amounts are a few thousand, with an average of $50,000.

This money is paid to the court and allows you to go home. Whether you get your bail money back depends on how you pay.

The most common ways to post bail are with cash or with a bail bond. Cash is fairly straightforward. You, or someone who cares about you, have the bail amount lying around or easily liquidated. They take the cash to the court or to the jail, fill out the necessary paperwork, and you get to go home.

If you are like most people, you don’t have thousands of dollars lying around. Or, spending that money (even if you will get it back) would cause unnecessary financial hardships in your life. When this is the case, you can reach out to a bail bondsman or bail bond agent. Bail bonds are also known as Surety bonds.

A bail bondsman will charge you approximately 10% of the bail amount in cash. This is a bail bond fee. They will then accept the rest of the money as physical collateral.

This physical collateral is a way for the bail bondsman to protect their “investment” in your release.

Do You Get Your Bail Money Back from Bail Bondsman?

As we mentioned earlier, this is a popular and important question. With thousands of dollars (if not more) on the line, you want to ensure that your family’s financial future is safe. Whether or not you get your money back is dependent on two things:

Let’s take a look at # 1 first. Did you successfully follow the conditions outlined in your bail? The prominent aspect of this is whether or not you returned to court for your scheduled hearings. However, the judge may have required you to:

You will not get your money back if you fail to meet any conditions or get arrested again while out on bail. However, if you meet all of the requirements, you should get your bail money returned (more on that next).

If you paid in cash and did not meet the conditions, that cash is forfeited. When a bail bondsman posted bail on your behalf, they would have to sell off your collateral to recoup their money.

If you paid in cash and met the conditions, the court will return your bail by check in approximately 30 days.

But what if you used a bail bondsman and followed all the conditions? In this case, you will lose your 10% in case (that’s a fee for the bail bondsman’s work), but will receive your property back.

Do You Get Your Bail Money Back if found Guilty?

Wondering, “Do you get your bail money back when you are arrested?” Yes, if you do everything in your power to meet the conditions of your release. For a reliable, reputable bail bondsman in California, call Dan’s Bail Bonds. Dan will quickly get you out of jail so you can return to your life.