Bail Bonds in Rancho Cucamonga: Facts You Need to Know 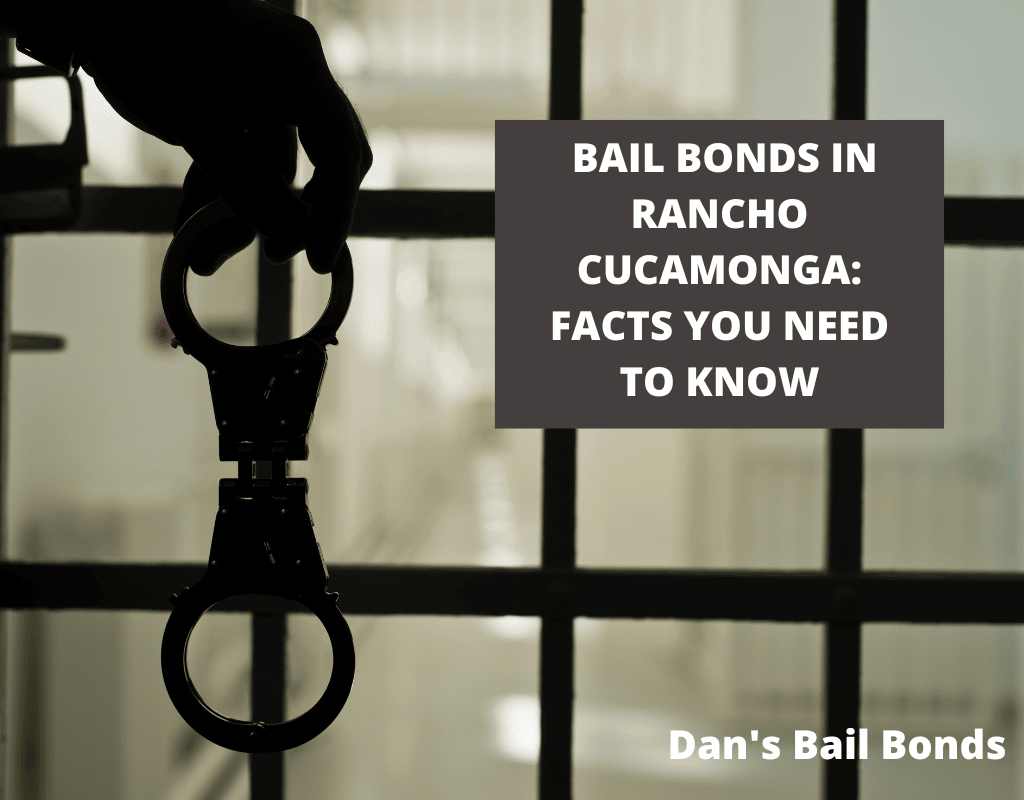 Arrested in California? You may need bail bonds in Rancho Cucamonga. Is this your first run-in with the criminal justice system?  You are probably confused regarding your rights. In this piece, we will dive into the top nine facts you need to know about bail bonds in Rancho Cucamonga. No matter what the crime, it’s essential that you understand the process and educate yourself about bail bonds.

Bail Bonds in Rancho Cucamonga: Facts You Need to Know About Bail

It can be very confusing to understand what happens when you or a loved one gets arrested. Let’s clear up that confusion so you can navigate an arrest calmly and quickly.

Not everyone is entitled to bail

First, you must realize that every defendant is not guaranteed bail. When you go before a judge in a bail hearing, it’s his or her job to make sure you don’t pose a threat to the community (or yourself). He or she must also ensure that you return for your court hearings and adhere to any other conditions of your bail (more on that later).

The judge will likely withhold bail if you are accused of committing a violent crime, or you have the means (and desire) to flee the jurisdiction. If this happens, you will stay in jail until your next court date. The judge will do their best to schedule you for a court date quickly.

If the judge decides to grant you bail, he or she will set an amount according to the severity of the crime and the accepted bail for that charge. This amount can range from the thousands up to the millions. The average falls around $50,000. Learn more about the different types of crimes, and the penalties they carry. Read Bail in Criminal Defense.

Bail Bonds in Rancho Cucamonga: Facts You Need to Know About Working with a Bail Bondsman

Bail bonds in Rancho Cucamonga, and throughout the rest of the country, are considered loans. The bail bondsman is holding your collateral and lending you the money to get out of jail. If you adhere to the conditions of your bail (more on that in a bit), the bail bondsman will get their money back and you will keep any property you put up as collateral.

In addition to putting up collateral, you will pay the bail bondsman a fee that will not be returned (whether you show up for court or not).

Bond fees are regulated by the state

The states regulate bail bond fees. These fees differ from one state to the next. For example, bail bonds in Rancho Cucamonga and throughout the rest of California, are set at 10%. If your bail is set at $20,000, you must pay the bail bondsman $2,000. Remember, you will not get this money back.

While California (and much of the U.S.) has a maximum of 10%, there are states like Louisiana and Colorado that cap rates at 12% or even 15%.

Bail bonds are not available in every state

If you are arrested in Illinois, Kentucky, Oregon, Nebraska, Maine, and Wisconsin, you will have to come up with cash for your bail. These states do not allow commercial bail bondsmen to post on your behalf. If you are arrested and need bail bonds in Rancho Cucamonga or throughout California, help is just a call away.

You will likely need to offer up collateral

While a family member may be willing to lend you cash out of the goodness of their heart, a bail bondsman isn’t. In order to secure the services of a bail bondsman, you’ll need to pay the 10% fee in cash and offer up physical collateral to cover their potential losses. Examples of collateral are:

Basically, you can offer anything of value as collateral. If you do not adhere to the conditions of your bail, the bail bondsman loses the money they’ve paid on your behalf and will sell your physical property to recoup his or her losses.

Dan’s Bail Bonds in Rancho Cucamonga is available 24/7 and mobile (they’ll come to you!). Paperwork must be filled out and signed before you can be released from jail. The time it takes to process this paperwork depends on how busy the jail is and how many other defendants are being processed.

Obviously, bail is intended to ensure you return to court for your next date. However, a judge will often grant bail with other conditions such as:

If you do not meet all of the conditions, you forfeit bail and lose money and property. If you do not show up for court, the judge will issue a Bench Warrant for your arrest.

When you need bail bonds in Rancho Cucamonga, Los Angeles, or Van Nuys California, call Dan’s Bail Bonds. Don’t spend an extra minute in jail. You need to get home to your family and back to your life after an arrest. Dan’s Bail Bonds can help. Give them a call and get out of jail quickly and easily.