How to Bail Someone Out of Jail in California 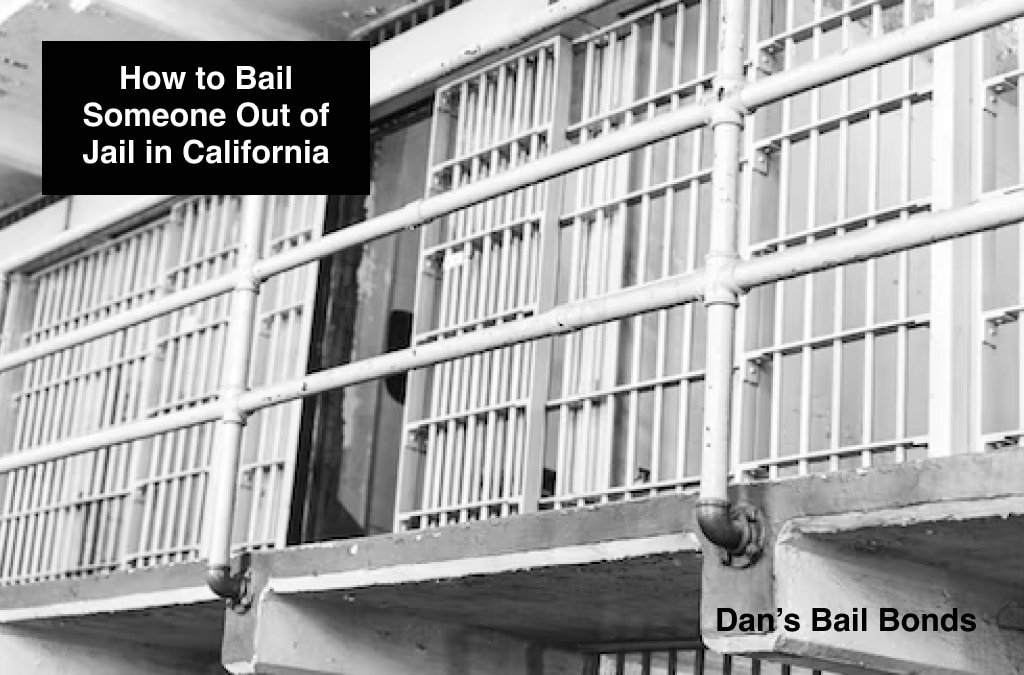 The best way to get someone out of jail is via bail, although this is just a temporary solution. Before you know how much is bail, you do want to understand what is bail and how do bail bonds work. Bail is an amount of money decided by the court that someone pays in order to stay free as they wait for their trial. The reason why bail exists is because it creates a financial incentive for the suspect to come back to court.

Is it possible to bail someone out of jail in California?

The short answer is yes, you can do that, but there are some rules to keep in mind here. You usually have to go through 3 different steps, and these will vary based on circumstances. Another thing to note before you learn where does bail money go is that not everyone can be released through bail. Sometimes depending on the situation it’s possible for bail to not be an option. Plus, there are also situations where jails don’t release suspects over the weekend even if they paid for bail, they are released on Monday.

Step 1 – Acquire all the information

Normally, the judge is the one setting the bail amount. However, you will have some cities which set bail amounts themselves based on the crime, especially when it comes to more common crimes. If the latter case is valid for your loved one, the jail will let you know how much bail you have to pay and you do that directly. However, if the judge is the one asking for bail, wait for the arraignment, the suspect goes to court, he learns how much bail he needs to pay and he either pays or asks for a lower amount that he can afford.

Once you know how bail bonds work, you want to figure out what is the bail limit. Generally, there is common sense when it comes to setting bail. Yet there are situations when judges specifically set the bail amount very high in order to keep the suspect in jail until the trial date. So there’s no specific bail limit for the most part, instead, the judge can set bail at a very low or very high amount or anywhere in between. It all comes down to charges.

Step 3 – Are there any bail conditions?

Again, these will vary from one case to the other. However, it’s expected that the person on bail obeys the law and doesn’t come in the possession of any weapons. There are also specific conditions based on certain situations, for example, if the person is accused of domestic violence they are unable to contact their victim. Additionally, if the person is an alcohol or drug user, they need to go through regular testing to ensure they stay away from those substances.

Once the bail amount is set, you can pay via credit card, check, or cash. It’s also possible to use your property as collateral as well. However, if you don’t have the money for bail after the bail review hearing in California, then you can use a bail bondsman. As we said, it all comes down to the severity of the crime, if it’s something simple sometimes there’s no need for bail and the judge trusts the person to come back on their own.

Then there are very violent crimes when the suspect can’t be released through bail. Things like the criminal record of the suspect are also very important to take into consideration here. If the suspect is employed, then most of the time their bail amount is lower because they are contributing to the economy and society as a whole.

Do you get money back if you’re innocent?

However, it’s important to keep in mind that some of the bail can be used to cover fines, restitution, or court fees. So it’s very possible to not receive the entire amount. Do you get the bail money back if charges are dropped? Of course, but that means charges have to be dropped, otherwise you will have to wait a while as we mentioned above.

If you choose to go with a bail bond, is there any premium you have to pay for that?

Yes, a bail bond is coming with a premium, normally around 10% of the bail amount. That’s a fee that you agree to pay in order to work with the bail bondsman. If you don’t work with a bail bondsman and you pay the bail on your own, you just have to pay any judicial, and court fees and not any interest to a bail bondsman.

Posting bail for a Californian resident is possible, and as you can see the entire process is rather seamless. With that in mind, it’s important to understand that every situation is different, so the bail amounts can vary quite a bit. You need to go to court, understand how much you have to pay, and then either pay directly or work with a bail bondsman. One thing is certain, posting bail and getting someone out of jail is possible, but there is a strict system to follow, thankfully you are guided through all of that by the court!