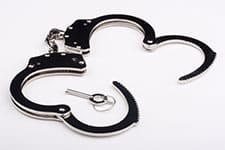 As a 20-year bail bonds 90036 agent in Los Angeles, California, located primarily in Hollywood. I have seen my fair share of fun nights gone bad. My 90036 location is directly in the middle of the West Hollywood Sheriffs Station and the Holywood Police Department.

Bail bonds 90036 location provides people who have been arrested in Hollywood & West Hollywood. The absolute fastest response time for you and your family’s bail needs. Nobody ever really expects to be arrested when they go out, but stuff happens, and Dans Bail Bonds understands that. This is why we pride ourselves on answering the phone providing the best customer service in your time of need.

Los Angeles,is a huge city, with many many cities. Contacting a bail bond agent close to the jail facility your loved one or family may be in, is essential! Most of the arrests I see in the Hollywood area have to do with drugs or alcohol involved. It is the party city, as anyone who has visited will know. Accidents happen and things go south from time to time, and Dan Nesser at Dan’s Bail Bonds knows this.

I always answer my phone and help people with basic information so they can make an informed decision. So anytime you may find yourself in the bail bonds area code, rest easy. Dans Bail Bonds has your back and has you covered every way possible. Dans Bail Bonds also never forces you to post bail.