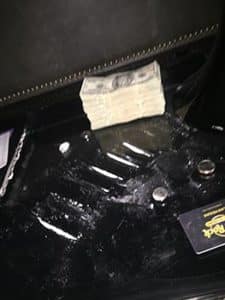 Cannabis. Marijuana. Mary Jane. Pot. Weed. herb. THC. CBD. Everywhere you look today you see these words; cannabis and la bail. Even the conservative middle-age magazine AARP put the cannabis industry on its cover last year! Signs like this prove our world is forever changed by the advancement of these effective natural plants and accessories.

But what about the legal effects? People are still being arrested for possessing marijuana and being forced to pay bail in LA. Los Angeles bail bondsmen are still bailing good people out of jail. Some for simply driving their cannabis purchased LEGALLY at local legal dispensaries!

Yes, while cannabis may be legal for sale, it remains illegal to drive it home. Therefore, if a police officer pulls you over and he or she feels it is necessary for you to be arrested for possession or transport of a controlled substance, then you can be arrested for that offense.  Fair? absolutely not and why the cash bail system needs reform formerly.

Cannabis and La bail are on the same level as cocaine.

That’s right. Marijuana remains a Schedule 1 restricted drug. Deemed on par federally with cocaine for decades, THC & CBD are unfairly being grouped in with such drugs as cocaine. Not fair, to be blunt.   Legislators are revising such harsh classifications and changes are imminent.

Once marijuana is reclassified into the schedule 2 grouping, expect legal penalties to be much softer on the public. And to avoid being arrested in LA County and having to pay LA bail evidently.

I have advised hundreds of people who use cannabis to obtain their medical marijuana cards. By simply visiting a doctor who assesses your medical condition, you can legally & affordably obtain your MMj card. This card gives you the ability to purchase, possess and transport your cannabis LEGALLY 100% of the time.

Years ago I bailed out a young man who was arrested for speeding and having 125 pounds of marijuana in his trunk! That’s right, 125 pounds. And after hiring a lawyer and proving his MMj card was current he got his weed back. All of it. His legal status was cleared because of his medical condition allowing the use of cannabis. However, he still had to use bail bond services in Los Angeles, and I was happy to help, and he lawyered up, but unfair to say the least. Cannabis and la bail have uphill battles yet to come.

Every day in LA, good people are being arrested for smoking cannabis in public. Especially on Melrose, which is the most liberal street in America. A lot of these folks are tourists who are unaware that public consumption is illegal. Especially after buying it legally on the same street! identically.

Unfortunately, some of them are arrested and they call Dan’s bail bonds in Los Angeles. Most of these cases involve a fine or a slap on the wrist but make for an unjust system. There is no one who wants to be bailed out of jail or to use a bail bondsman in Los Angeles if they are in trouble.

Hopefully, the federal government passes banking laws for cannabis in LA asap. By changing the federal rules for cannabis more balanced and fair laws will govern us all. Cannabis and la bail transitions to Fewer and fewer people arrested for possessing weed especially.

meanwhile CBD will be more mainstream and big ugly pharmaceutical companies will start to close up and take their unsafe drugs with them. Something tells me this scenario is right around the corner, long overdue and welcomed with open arms.

However, if you or a loved one finds yourself in jail for any cannabis-related offense, Dans Bail Bonds is always open and ready to help you. Were cannabis-friendly. Let us help you with your cannabis and la bail questions. It is possible to contact Dans bail bonds by calling 323-332-9555