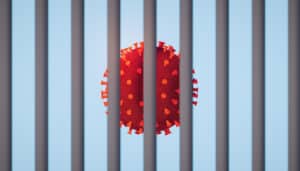 The presiding judge of Los Angeles County released them from jail to limit the spread of coronavirus by reducing the number of people behind bars.

Presiding Judge Kevin C. More than 250 people have been released on their own recognizance since California set bail at zero for most misdemeanors and lower-level felonies.

According to Brazile, justice partners in Los Angeles County are continuing to work with the court during this unprecedented public health crisis to protect public safety while achieving distance inside our courthouses and the jail system.

On March 17, 2020, the presiding judge announced that most court functions would remain on hold to allow the courts to comply with social distancing and to prevent the spread of the virus within our community.

With inmates living, eating, and bathing in shared spaces, prisons and jails are prone to Coronavirus outbreaks. In the U.S., a $2 billion industry accounts for one of the biggest causes of jail density. That system is money bail. In the meanwhile It is money bail.

The Marshall Project reports that over 20,000 U.S. prisoners have tested positive for Covid-19 so far.  More than 16,000 inmates were released from prison during the Coronavirus pandemic.

In addition to the Philippines, the United States has a commercialized bail industry .

As the Pretrial Justice Institute notes on its website, eliminating money bail does not fully address bias and unequal outcomes. It suggests several additional methods to improve pretrial justice, including reducing arrests, restricting detention, and increasing equity for marginalized communities.

Esquenazi stated, “Our industry is not a demonic spawn of Satan.”

Despite Mayson’s sympathy for bail bond operators, she said the industry as a whole contributes significantly to mass incarceration.