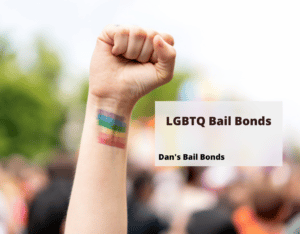 Thousands of people will take to the streets for Pride celebrations this month, which means arrests will occur.

Members of the LGBTQ community face additional challenges when arrested and held on bail. How do you navigate a system that forces uniformity and often judges individuals based on their sexual identity and preferences?

LGBTQ in the Criminal Justice System

A briefing in the Prison Policy Initiative blog found that “lesbian, gay, bisexual, transgender people are overrepresented at every stage of the criminal justice system, starting with juvenile justice system involvement. Their arrest, incarceration, and community supervision rates are significantly higher than those for straight and cisgender people.”

The criminal justice system needs to address a number of deep-seated systemic issues, but the process will not happen overnight. With Pride festivities in West Hollywood and around the country, the current best course of action for members of the LGBTQ community is prevention.

You got arrested, what happens?

The best way to stay out of the criminal justice system and avoid becoming a statistic is not to commit a crime. The majority of these arrests are resulting from people committing crimes to protect themselves or loved ones. And, sometimes, people have too many drinks and do things they wouldn’t normally do.

Your best bet in any of these situations is to limit the time you spend in jail so you can mitigate the physical, mental, and emotional damage.

Will I Be Granted Bail

Bail is a constitutional right independent of a person’s sexual identity or preferences, skin color, religion, or socioeconomic status—your ties to the community and various other factors. However, dependent on the crime incriminated. Based on the circumstances, the bail amount will be determined as follows:

During your arraignment, the judge’s goal is to determine whether you are a danger to the community or a flight risk. If you are unlikely to harm anyone but likely to show up for your court date, your bail will probably be reasonable.

What If I Can’t Afford bail

The term “reasonable” is in the eye of the beholder. For one individual, a $15,000 bail may require a quick phone call and a trip (by a loved one) to the bank. For another individual, a $1,500 bail may be downright impossible. The one thing that judges don’t take into account? Your income.

For individuals who live paycheck to paycheck, posting bail may mean the difference between paying rent that month or finding themselves and their family members out on the street.

Of course, you can always stay in jail until your court date. You also have the constitutional right to a speedy trial; if you remain incarcerated, the judge will do their best to schedule your test quickly. “Quickly,” though, is another subjective word.

Transgender woman, Layleen Xtravaganza Cubilette-Polanco, was found dead at Rikers Island after she was unable to post bail and was put into “restrictive housing” (similar to solitary confinement) even though her epilepsy was “well known” to the Department of Corrections. For some, being in jail is a dangerous proposition, even if it isn’t necessarily a death sentence. However, it does beg the question, what precipitated the assault?

Jail is a rather judgmental and unforgiving environment, proving even more true for members of the LGBTQ community. Please consider speaking with a bail bond agent if you cannot afford bail for yourself or an incarcerated family member.

A local bail bond agent can help you navigate your release from jail – providing that they are open-minded, non-judgmental, and an advocate for LGBTQ rights.

Rather than being responsible for the entire amount of the bail set, you will post 10% to secure the bond, and the bail bondsman will post the rest. They often require collateral in the form of property to minimize their financial risk.

Dan’s Bail Bonds is proud to support all members of the LGBTQ community. We never pass judgment and can get you out of jail quickly and painlessly so you can return to the safety of your life. Contact us today for your West Hollywood bail bond needs, as well as Los Angeles, Rancho Cucamonga, and Van Nys. Dan’s Bail Bonds is mobile and open 24 hours. Don’t stay in jail. If you are LGBTQ and accused of a crime, we can help.