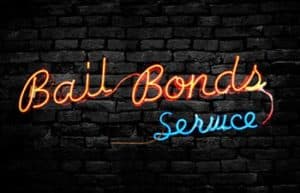 In order to attend court, defendants who await trial in Van Nuys Jail must post bail after release from custody. The payee receives bail if the defendant attends court hearings. Inmates at Van Nuys Jail can post bail in several ways. A Van Nuys Jail debt can be paid with cash, cashier’s checks, or money orders.

Van Nuys Jail accepts cash bail payments in person. Bail will be returned to you in full if the inmate attends court hearings. Accordingly The court may retain your money if your inmate fails to appear at court hearings, or otherwise violates the conditions of his or her bail.

You can pay bail in full- by a certified California bank-drawn cashier’s check. Payable to the LA Police Department’s Bail Account, cashier’s checks must include the inmate’s full name and booking number.

By using a Bail Bonds Company, you can avoid having to come up with 100% of the bail amount in cash. It does not matter if you make all of your court appearances, you will not receive a refund of your 10% bail. You can easily find a local Van Nuys Bail Bondsman by searching online.

As you can see, there are a variety of ways to bail out of Van Nuys Jail. Call us for more information.