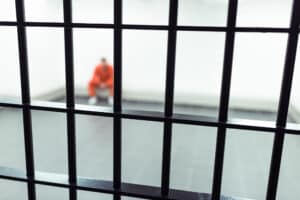 The Van Nuys Jail serves as a temporary holding facility for men and women who are arrested by the LAPD or California Highway Patrol in the San Fernando Valley. The jail is located within the Los Angeles Police Department’s Van Nuys Community Police Station.

People who are arrested are only held at this facility until they are released on their own recognizance, (known as an “O.R.” release), post bail or are taken to court for their arraignment

He must remain in jail, either because he cannot post bail or because he has been convicted.

After being released from jail, bail guarantees that the defendant will appear in court. A family member, friend, and anyone else can pay (or “post”) bail on an inmate’s behalf. If someone chooses to post bail for an inmate, the Van Nuys Jail accepts four forms of bail: cash bail, cashier’s checks, money orders, and bail bonds, many of which are discussed in detail in our article “How to Post Bail in California“.

Pay bail directly at the Van Nuys Police Station (where the jail is located) 24 hours a day.