West Hollywood Jail inmates are being exposed on the Internet. An online publication now shows who has been arrested in West Hollywood, including their names, ages, and alleged crimes. 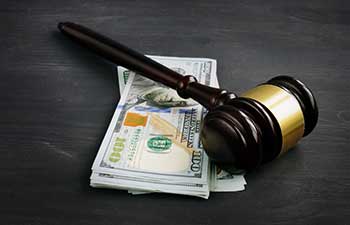 Publication of arrests is not popular. Community members are upset and call this public shaming, but WEHOville’s creator said residents have the right to know. In West Hollywood.

“WEHOville is committed to publishing the facts about arrestees who have been taken to West Hollywood Jail, without fear or favor,” publisher Hank Scott said in a statement. “Those facts have included the felony convictions of a recent city commissioner and revelations of lawsuits against various people who have run for City Council.”

Some of the crimes posted range from rape to driving with a suspended license. And while legal analyst Steve Meister said what Scott is doing is legal, he said it was not justifiable.

“Lawful, but awful,” Meister said. “For a little, basically harmless, victimless misdemeanor, why do you have to go trashing somebody online about it, because that’s all that’s going to happen to them.”

The moment your name is on the internet, it’s there forever,” Weeks said. “A potential employer might see it, or someone you might want to date might google your name.

These customers may be able to save money by using the services. Prior to choosing a specific company for your case, you should investigate all of your options as a criminal defendant in Los Angeles, California.

The associated and unforeseen costs only add to the trauma. If you want to keep your loved one from going to or staying in jail before their court date, in addition to any fines and court fees, you’ll need bail money.

If the defendant fails to appear in court, they pay the bail bond amount. Because there is no collateral backing this type of bond, it can be risky.

Understanding the difference between bail and bond is essential.  A bond is a promise to make good on bail. A bail bondsman agrees to be responsible for the money if the defendant fails to appear in court.